The needles used in acupuncture are stainless steel filiform needles, they are solid and not hollow like the hypodermic needle your doctor uses. In fact, several needles can fit inside a hypodermic needle. Ok, so now you know the needles are thin, but do they hurt? Generally acupuncture is painless. Some patients describe an occasional pinching sensation that lasts for just a second when the needle is inserted. They describe it like a fast pinch. Most patients don’t even feel the needles when they are inserted.

So what do the needles feel like? Once the needles are inserted you will generally start to feel relaxed. According to Traditional Chinese Medicine (TCM) the purpose of the needles is to create a condition called “de qi”,in Chinese it means the arrival of “Qi” (Qi loosely translated means, the energy the permeates and animates everything). TCM theory says that if the qi flows freely, there is no pain. The needles an acupuncturist uses help the patient achieve a balanced flow of Qi therefore removing pain and restoring health. So having dispensed with some basic background we can return to the topic at hand. A number of other sensations can be felt throughout the body which I’ll try to describe.

So in summary, acupuncture is relatively painless and the benefits far outweigh any discomfort patients have. So what are the dangers if any? I tell my patients that there are some potential risks with acupuncture. Some patients may bleed a drop or two of blood out of certain points (especially if they are on blood thinning medication), small bruising may appear around the needle insertion site, and some patients may leave the clinic with the the needle sensation although all the needles have been removed (this goes away usually within the day).

So what are you waiting for? Book your appointment!

About the Author: Rafael Perez AP 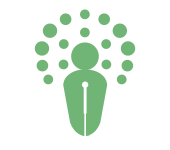